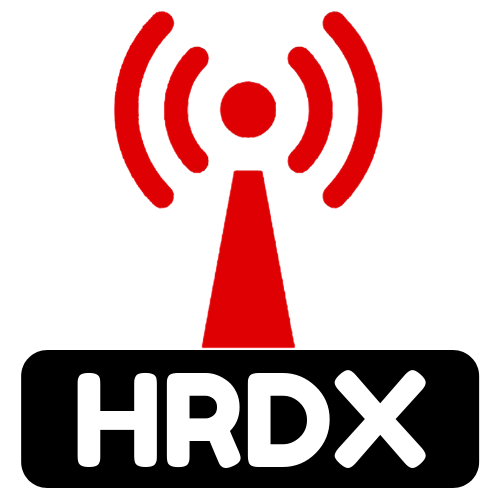 Grey Mountain is located near Woodstock, Cygnet in Tasmania's South-East.

The following repeaters are on this site:

No tone is required for this repeater. VKLink Node 1726 is operational on this repeater and usually permanently connected to Node 1716 (VK7RMD 6m)

History -VK7RCH was first licenced in October 2007. The plan was to restore an amateur radio repeater service to the Huon Valley since the removal of VK7RHT from Guy Fawkes Hill, and Mt.Wellington before that.

70cm was picked as the preferred band, due to the increasing number of 2m repeaters in the Southern Tasmanian area, and to promote more activity on the 70cm band. It is also cheaper and easier to obtain equipment such as a duplexer for this band.

VK7RCH first consisted of the following:

The repeater was put in a temporary location a short distance from then VK7HAY's (author) house. The repeater ran separate antennas, and was able to service Huonville and surrounding areas.

But a problem developed with lack of interest, and users in the immediate area. A decision was made to find a better alternative site, which would service the greater Huon and Channel area (VK7R Channel Huon).

Various sites were evaluated, and two sites were immediately identified as providing this service the best. Herringback Ridge (758m), near Sandfly and Grey Mountain (821m) near Woodstock.

It was found that the preferred site was Herringback after some terrain plots had been calculated. Unfortunately efforts to gain access to the sites were to no avail. This site services as the "gateway" to the Huon Valley for various microwave services including Telstra and Vodafone, and thus high site and application fees and were applicable.

Turning our attention to Grey Mountain, contacting various people and trying to gain access also looked like it would lead nowhere. The project looked dead.

The repeater was removed from the old site, and was placed in the corner waiting for a home for three years. The chance was taken to upgrade the receiver to a Motorola, which had a sensitivity of 0.3uV, an increase over the old handheld. A new controller was purchased and built (VK5DJ design). The transmitter also had some modifications done to it, and a link radio was tested and attached.

Then one day, a conversation was struck up with a local amateur about access to Grey Mt. They had been servicing the Huon Valley with wireless services, and had access.

A time/date was arranged, rack made and an antenna was found.But how to get other users to use 70cm more often? It was discovered that VK7RAA in the states north had the most amount of 2m traffic in the state. It was decided, and approved from NTARC Inc that a link could be put in place, the licence was put through and accepted by the ACMA.

April 2010 was the time for the install. We loaded up the 4WD and started off for the mountain. The weather was not looking good.

We arrived on site, and started getting to work. The antenna was mounted and LDF4-50 installed onto the tower, while I installed the gear into the shed.

The repeater was on the air! The link was setup to the north, and all running through the Diamond X-50A vertical antenna with the aid of a diplexer. This wasn't the best antenna to use, after 12 months of hammering from the wind, snow and ice the antenna gradually started to get damaged.

The repeater has undergone some major work in the past few years. In 2011, a Unilab was donated by Joe VK7JG. This eliminated seperate TX and RX radios, a heap of mess, and a different rack was implemented into the shed.

In 2012, an APRS digipeater was switched on to provide coverage to the Huon and greater South West. A TNC-X and X-Digi board were purchased, built up and put onto a PRM8030. This is still running in it's present configuration today with a folded dipole at 10m AGL.

A new antenna was purchased in early 2012, an RFI COL7. Unfortunately this developed a fault and has required replacing. A generous donation was made by Joe VK7JG of a 8 stacked dipole array to serve as the replacement. This used to be ex-VK7RAB on Mt.Arthur.

The link was also migrated to UHF 70cm to VK7RML as this now serves as the main hub link back to VK7RAA in the North.

70cm Repeater and duplexer in bottom of rack. APRS sitting on shelf. 6 metre repeater highest in rack. At rear is 6m stub duplexer.

Single bandpass can on APRS digipeater 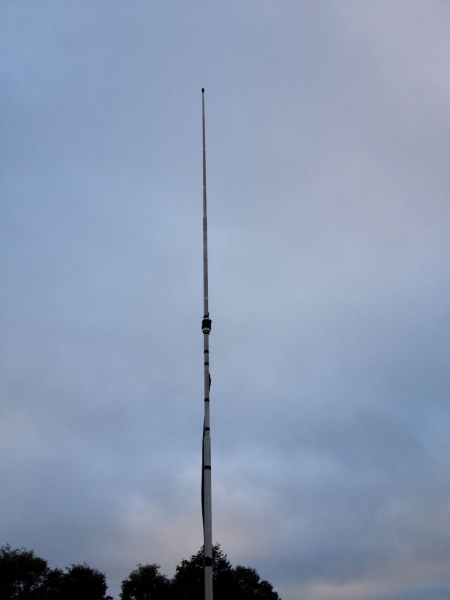 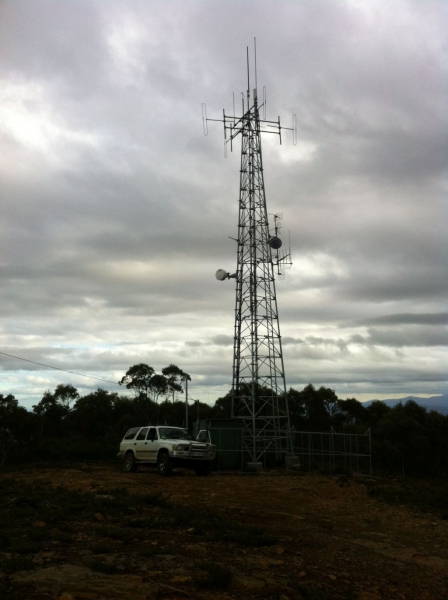